We have all heard the jokes about blondes being dumb, so I thought I would round up 5 of Hollywood’s most successful bombshells. Let’s take a look at the top five blonde celebrities who are fun, sophisticated and most importantly; smart!

Taylor Swift is the perfect example of a blonde celebrity who’s brains match their beauty. Swift has sold over 3 million copies of her latest album, and blew many away when it was revealed that she personally wrote all of the songs on her Platinum-selling debut. Swift’s music is loved by many, including younger girls who look up to her as a beautiful, respectful and hard-working role model. Her girl next door look is typified by her natural flaxen hair, worn effortlessly in curls or waves. This girl isn’t afraid to experiment though, we’ve seen her rock the red carpet with straightened hair, and recently she’s been adding lighter blonde shades which have given her a more mature look. 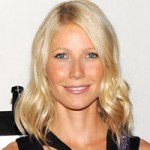 If we are talking about hard-working celebrities, there aren’t many that can outdo Gwyneth Paltrow. Who else can list their full-time job as Mom, Lifestyle Guru, Actress, Distributor of GOOP and Author! Paltrow is known for her pale blonde hair, however she often layers three shades to give herself a stronger and more distinctive look. Her Colorist isn’t afraid to spill the beans on achieving this amazing effect, commenting that she adds honey and lemon tone highlights to Gwyneth’s hair to create the multi-tonal look. Paltrow is another star who is unafraid of change, and over the years she has gone from long to short, and blonde to brunette. However despite all these great looks, she’ll always be known for her trademark shoulder-length light-blonde locks. 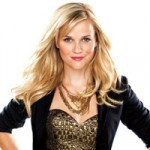 So, one star who might be able to give Gwyneth a run for her money is Reese Witherspoon. This confident, intelligent and strong-willed blonde is an Avon global ambassador, she fights for the rights of women, she heads a business empire and still finds time to be a mother of two! Oh, did I mention that she can act too? Her natural talents have seen Reese win the Best Actress Academy Award as well as a Golden Globe. It’s no wonder that one of her most popular movies is ‘Legally Blonde’, the story of a young blonde sorority sister who flies in the face of the stereotypes to take Washington by storm. Witherspoon is know for her natural beauty and flowing medium-tone blonde hair, over the years worn long, short, wavy and straight. 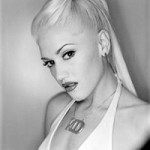 If you like your blondes with a bit more bite, then look no further than Gwen Stefani. This platinum champion of power burst onto the scene in the 90’s as the front-woman of rock band No Doubt, and has since gone on to sell millions of records world-wide as a solo artist. Like all the blondes on our list, Gwen likes to branch out and has increased her fame and fortune with her L.A.M.B fashion line and Harajuku Lovers perfume range. Stefani is known for her fun and quirky style, her Japanese-inspired fashion sense and her distinctive white-blonde hair, so it might be a shock for some to hear that she is a natural brunette! Fans of her striking blonde image shouldn’t worry though, she isn’t planning on changing her trademark look any time soon. Gwen has stated that she hasn’t worn her natural color since 9th grade and has no intention of going back, earning herself the title of honorary blonde!

Get the look – Feria by Preference PO1 Metallic Silver Blonde 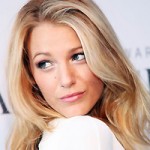 Blake Lively might be better known as as Serena Van Der Woodsen from the teen drama series Gossip Girl, or some might simply know her as the girl who bagged herself Leonardo DiCaprio. With her sweet personality and fresh style, Blake is the new girl on the block who is already standing out as a blonde icon in the making. Over the last few years Lively’s hair has become the big new trend (sorry Jennifer, but the ‘Rachel’ has been ruffled!). Her long flowing locks create a distinctive yet natural look which stands out against the sharp short styles that have been dominating the young celebrity A list. Blake’s look is without doubt a classic in the making, and she is proof that the era of the iconic blonde stars is set to continue.

So there you go, five celebrity blondes that prove the stereotypes couldn’t be any further from the truth. Is there anyone who you think should have made the list? Drop me a comment and let me know.