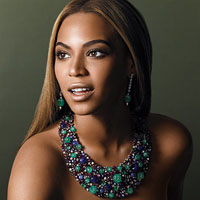 Starting at the tender age of seven, Beyonce Knowles entered her first talent show hoping for her shot at stardom, but nothing could have prepared her for the lifetime journey of fame and fortune that she’s experiencing now. If someone had told her that back then, she probably would have dismissed it any way. Wouldn’t you?

The career so far…

Her father, Matthew Knowles, left his job at Xerox to manage the group, Destiny’s Child in 1996. It wasn’t long before they were discovered by no other than Whitney Houston herself. Well after that this group just went off the charts (or should I say; up the charts!).

Despite hit number one singles and selling millions of albums the group eventually separated. That did not stop Miss Knowles. She was going full steam ahead.

From winning Grammy awards to being the first black woman that won ASCAP’s Pop Songwriter of the Year Award, the second African-American to be on the cover of Sports Illustrated’s swimsuit issue and the first woman honored with the International Artist Award, this vocal artist and actress shows no sign of retiring any time soon.

Also adding to her list of achievements in New York in 2008 she married the man of her dreams, music megastar Jay-Z.

The style to go with the voice…

Anyone who has ever laid eyes on Beyonce and has heard her powerful voice can’t help but fall in love with this energetic, hard working woman who is full of determination to continue striving for the top. Some people say she has it all – a great career, great body, great voice and a great man by her side.

Although Beyonce is known for her fierce dance moves and amazing voice, she has a terrific sense of style and her hair styles are always changing. When you think you’ve got one of her looks down, she’s already onto the next one. She has gone from blonde to sleek and straight to perm to even having a tint of red in her hair. 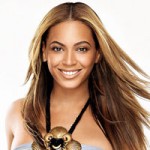 When wearing her trademark sleek hairstyle, her hair is parted so that it has no choice but to frame her beautiful face. She also wears this sleek and golden look straight down or half up in a pouffed style that makes her eyes more noticeable. However she has been know to go in the opposite direction, and Beyonce has also been seen with thick curls or relaxed hair with slight waves in it. If you want curls like this there is no celebrity secret, just invest in a curling iron and be prepared to spend some serious time in front of the mirror.

Beyonce is one of the current crop of A list celebrities who really know how to to rock their hair color, and she has used this to full effect over the years. We have seen her hair range from jet black, to auburn, a variety of blondes, she’s even managed to find time to sport an amazing chesnut red color. It’s no wonder that she was quickly snapped up to be the face of L’oreal hair color! 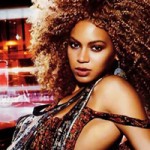 Here at HairColorCode HQ we love a diva who isn’t afraid to experiment with hair color, and digging through the archives it’s nearly impossible to find an occasion where Beyonce has got it wrong. There have been some criticisms that Beyonce’s preference for a lighter hair color is disrespectful to her African American heritage, however she has gone on record saying how hurtful these comments are, and like any girl, she just wants to have a bit of fashion fun.

Beyonce’s signature color is beautiful mixture of golden blondes and honey browns, and after years of experimenting with lighter and dark shades, she seems to have settled on a mid range look that she has totally made her own. Do you think she ever dreamed of a day when ladies around the globe would walk into the salon and simply ask for ‘a Beyonce’?

If you want to try Beyonce’s hair color at home, try Feria Loreal in shade 73, Golden Sunset. She likes it so much she starred in a commercial for it!
Beyonce - The Ultimate Hair Color Diva, 3.7 out of 5 based on 26 ratings